It seems that having a Netflix Christmas movie binge is becoming as much of a Christmas tradition as leaving out a mince pie for Santa on Christmas eve.

Here are my reviews and recommendations for Netflix Christmas films from the last few years.  Netflix has recently added several new titles for 2021 and I have made a start on watching those.  They are all very light and usually cheesy.  Some are seriously bad, and we wouldn’t give them a second glance normally, but bad Christmas films are strangely acceptable.

It seems that Christmas movies allow you to watch and enjoy things that you wouldn’t normally.  I love a Christmas movie that can make you feel like a child again. Ones where you can enjoy all the magic that this time of year brings for the younger generation. A good old  rom com always hits the spot too.

Watching a Netflix Christmas movie is the perfect way to switch off from all the hustle and bustle of the holiday period.

I’m hoping you will all give me your suggestions too.

My Top 3 Netflix Christmas movies are:

Read on to find out why.

Love Hard is actually a play on words over what the best Christmas movie is – Die Hard or Love Actually!

After numerous unsuccessful dates via dating apps, Natalie finally meets someone that she thinks could be “the one”. She leaves Los Angeles and heads off to Lake Placid to surprise Josh, only the surprise is on her as she has been catfished.

This has been my favourite of the bunch so far this year. There’s lots of lovely shots of LA and Santa Monica at the beginning, followed by traditionaly snowy Christmas scenes and experiences in NY.

Being a lover of all things Californian, I chose this for the title alone. In it, a spoilt trust fund boy from San Francisco is sent by mummy to wine county to try to persuade the owners of a dairy farm to sell the land to his mother’s company.

He arrives during the birthing of a calf and is mistaken for the new farmhand. He decides that taking on the role is his best shot at getting round the owner (who is actually his wife in real life).

It’s just about watchable if you’re looking for a cheesy romance set on a farm.

I enjoyed the first one, the second less so, and couldn’t make it to the end of this one thanks to the appaling cousin Fiona and her posse. I tried to persevere for the scenery and beautiful dresses that the queen wears, but couldn’t hack it.

Truly awful but kids will probably love it.

Operation Christmas Drop is filmed on an air force base  in the gorgeous tropical location of Guam. Being a bit of a plane geek, and lover of blue skies and the ocean, this is my favourite Christmas Netflix film of 2020 so far.

Every year the air force unit organise a humanitarian drop of food, medical equipment, school supplies and toys to the inhabitants of 5 remote islands. An aide from Washington DC is sent there to look into closing the base down which puts the future of the drop in jeopardy.

A nice family movie showing us a tropical Christmas, and that the season really should be about giving.

The Christmas Chronicles 2 isn’t a patch on the first one from 2018, but it’s still worth a watch.  It starts off at a gorgeous beach resort in Mexico, then heads off to the North Pole for some fabulous Christmas special effects that are guaranteed to instil a bit of magic in your soul.  Kurt Russel and Goldie Hawn make a perfect Mr and Mrs Claus.

The sequel to The Princess Switch is very much along the lines of the first but with a third look alike. Vanessa Hugdens is stunningly beautiful, even with an amusing highly over-pronounced accent. Filmed in gorgeous settings with an abundance of Christmas decorations. Take it for what it is and it is a good Christmas movie for little girls and their mums.

I’ve only just started my  binge but there have been plenty more Christmas movies released for 2020 including:

I have also tried the 2020 Netflix release, Holidate. It was so bad, I didn’t even make it halfway through. Not something you’d want to watch with your granny or younger kids either.

This is my favourite Netflix Christmas movie of 2019. It’s a modern day romance with a predominantly teenage cast. Perfect feel good Christmas movie. Thumbs up for this one Netflix.

Holiday in the Wild

This new Netflix Christmas movie features an elephant sanctuary in Africa where orphaned elephants are rehabilitated and returned to the wild when they are ready.

The film itself isn’t mind-blowing but worth a watch just for the scenery, elephants and Rob Lowe! It also features the lovely Kristin Davis (Sex and the City) and Rob Lowe’s son John (Johnny) Lowe making his film debut.

This slapstick family drama is very much along the lines of Home Alone, where a 9 year old gets stranded in school after her parents forget to collect her. Worth a watch if you need something suitable for the whole family.

I’m sure this high quality animation is going to be a huge hit. Created by the makers of Despicable Me.

This 2018 Netflix addition, featuring Kurt Russell as Santa Claus, was my favourite Christmas movie of 2018.

I think Kurt Russel has been the best Christmas movie Santa since Richard Attenborough in Miracle on 34th Street. A fabulous magical film for all ages.

Two lookalikes (both played by Vanessa Hugdens of High School Musical) swap their roles as baker and princess in this family rom com set in Belgravia. An easy watch.

If you’re a Netflix user, you might also be interested to read an older post where I explain how we saved £5000 in one year which included changing our TV package.

You can watch trailers for all these films and more on my YouTube Channel or check out my earlier post of must see Christmas movies.

Have you scrapped your tv package in favour of Netflix?
Do you have any favourite films or box sets on Netflix or Amazon Prime? 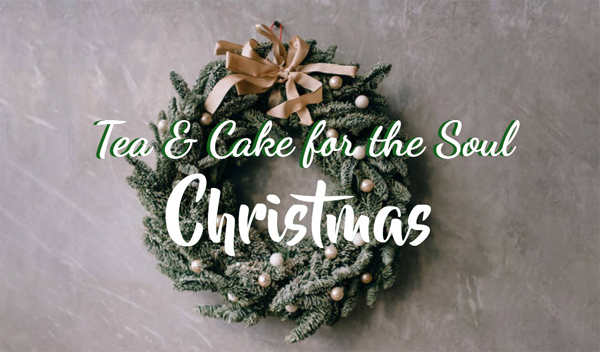